NORTH PORT, Fla. - The lawsuit filed by Gabby Petito's family against Brian Laundrie's parents will head to a jury trial next year, according to the Sarasota Clerk of Courts.

A jury trial was ordered in the lawsuit and has been set for August 14, 2023, the Clerk of Courts confirmed.

Petito's family filed a civil lawsuit against Laundrie's parents, accusing them of knowing their son murdered their daughter and tried to help him flee the country. The lawsuit seeks more than $100,000 in damages for causing the Petito's pain and suffering along with mental anguish.

The Laundrie family attorney Steven Bertolino filed a motion to dismiss the civil lawsuit. Bertolino asked a Florida judge to drop the lawsuit with prejudice, arguing that there are no facts to support their claims of "intentional infliction of emotional distress."

Brian Laundrie and Gabby Petito set off on a cross-country road trip in July 2021. By October 2021, both of them were found dead on opposite ends of the country. The FBI identified Laundrie as the sole suspect in Petito's homicide.

She was found bludgeoned and strangled to death at a campground north of Jackson, Wyoming, where the couple stayed in late August 2021.

By September 1, 2021, Laundrie arrived at his parents' North Port home driving Petito's van. By then, she was dead, and it took 10 days before police arrived at the home looking for her.

In that time, Laundrie went camping with his family south of St. Petersburg and made no public comments about Petito's disappearance. He invoked his right to remain silent and declined to cooperate with police.

Laundrie set out for the Myakkahatchee Creek Environmental Park, just 10 minutes from his parents' home in North Port, and never returned. After a weeks-long search delayed by flooding, police and the Laundrie's found his belongings in a clearing that had been underwater for roughly five weeks.

That's when investigators found remains nearby that they later determined was Brian Laundrie. 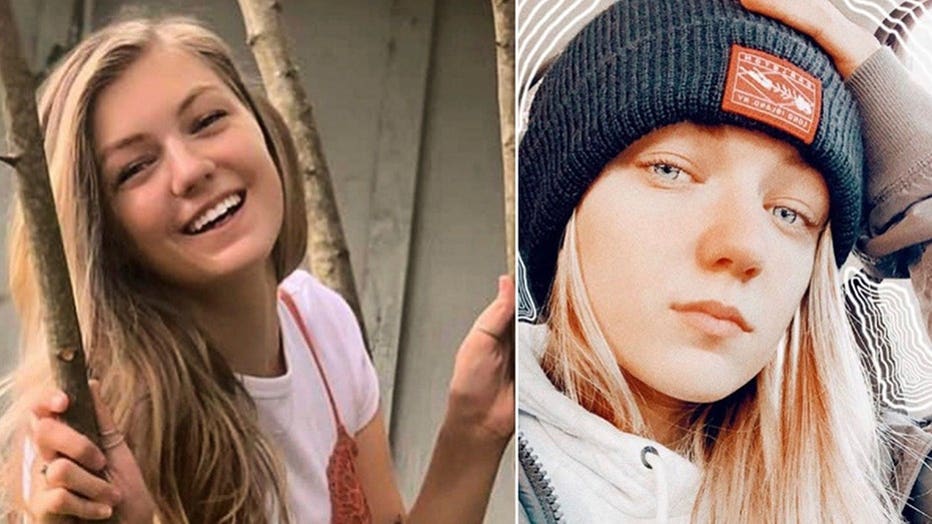 The FBI did confirm he died from a self-inflicted gunshot wound, and materials recovered suggested he took responsibility for Petito's death, according to investigators.

"It is believed that on August 27, 2021, Brian Laundrie murdered Gabrielle Petito," the civil complaint reads.

Laundrie then sent phony text messages between his cell and Petito’s "in an effort to hide the fact" that she was dead, according to court documents and the FBI.

The Petito and Schmidt families are seeking over $100,000 in damages and were demanding a jury trial prior to the date being set in court.