Now, what started as an idea for local attorney and artist Patrick Fagerberg to ride with his son, has grown into something he wants to share with Austin.

AUSTIN, Texas - Austin has seen electric scooters and electric bikes before, but a new form of transportation could be on the horizon for riders in Central Texas: electric surfboards.

A local start-up called Rodasurf plans to debut surfing that requires no water to the streets of Austin this upcoming Tuesday.

“I think it's really one of the most sublime ways to get around. It's an amazing sensation,” said Patrick Fagerberg.

RELATED: Austin community steps up to help each other after SXSW cancelation 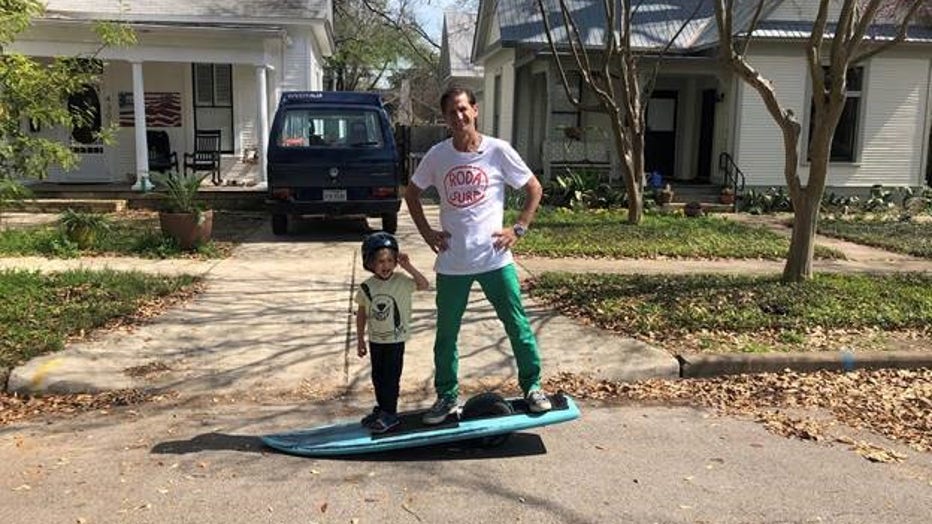 Patrick Fagerberg poses with his son on a Rodasurf prototype.

Fagerberg is an attorney and artist here in Austin, but also an inventor of something you might not see every day.

“I rode the one wheel for a while and I wanted a bigger board that I could really take my son on so I made a surfboard and put it on one wheel,” he said.

By taking a one-wheel and creating a snap and lock system onto a surfboard, Fagerberg created a surfboard that you can ride, no water necessary.

“Take the one wheel and slide it into the board, hooks up and then down and then you get on the board, it activates the board and you go,” he said.

He decided to name his creation the Rodasurf after his toddler son gave him the idea. 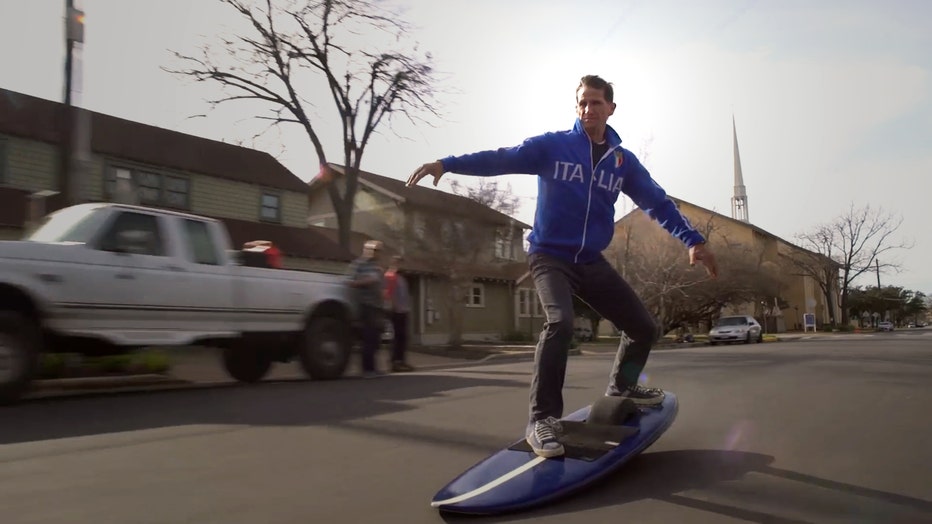 Now, what started as an idea for Fagerberg to ride with his son, has grown into something he wants to share with Austin. (Rodasurf)

Fagerberg has teamed up to create a company creating three prototypes of the Rodasurf.

Now, what started as an idea for Fagerberg to ride with his son, has grown into something he wants to share with Austin.

RELATED: FOX 7 Austin interview with the creators of 'I Lost My Gig' website

“ I want to share it with everyone. It literally feels like you're flying and it takes and elevates your consciousness. It's amazing,” he said.

The electric surfboard is still in its very early stages and there are no plans right now to make this available to the public at this time.