Meteor showers explained: what to know and how to watch

We call them shooting stars, but it's actually meteors that create dazzling streaks of light across our night sky. (FOX Weather)

Researchers have discovered at least two minerals that have never been found on Earth.

The minerals came from a meteorite found in El Ali, a town in Somalia and the namesake of the meteorite.

During this process, a professor in the Department of Earth and Atmospheric Sciences at the University of Alberta, Chris Herd, discovered some unknown minerals in the meteorite, as well. 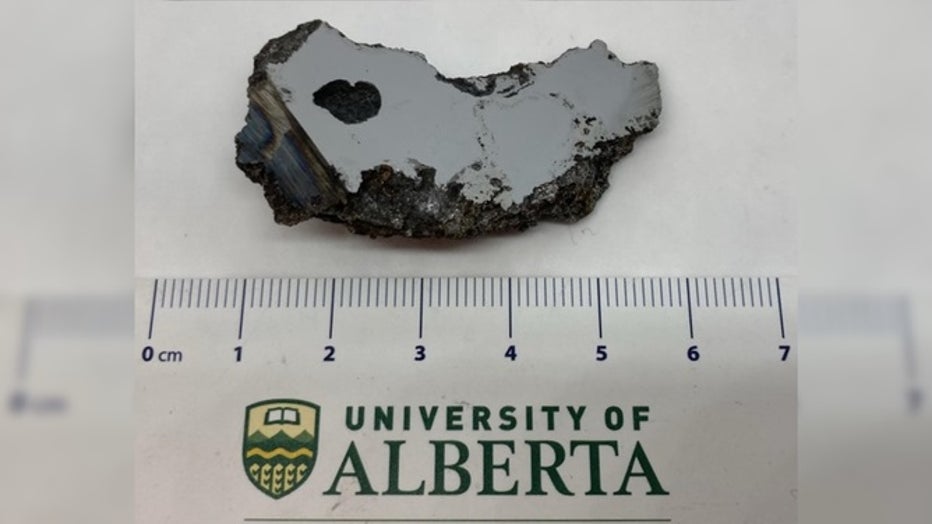 Sample of the meteorite found in El Ali, Somalia.(Courtesy of University of Alberta Meteorite Collection)

Herd and his colleagues at the University of Alberta’s Electron Microbe Laboratory then began analyzing what those unknown minerals could be.

On the first day of analyzing the sample, the head of the laboratory, Andrew Locock, identified two minerals that had never been seen in nature.

The minerals have been named "elaliite," after the town where the meteorite crashed, and "elkinstantonite," after planetary scientist Lindy Elkins-Tanton. Herd added that Elkins-Tanton is also the head of the NASA Psyche Mission that's set to launch next year to an iron asteroid.

SONIC BOOM: HEAR THE SOUNDS OF A METEOR BREAKING UP OVER UTAH

A third mineral may have also been found, and it is currently being reviewed by a committee.

The significance of this discovery involves the particular conditions in which the minerals formed.

"Whenever you find a new mineral, it means that the actual geological conditions, the chemistry of the rock, was different than what’s been found before," says Herd.

"That’s what makes this exciting," he added. "In this particular meteorite, you have two officially described minerals that are new to science."

SHE WASN'T ALLOWED TO STUDY ASTRONOMY – THEN, SHE BECAME A NASA SCIENTIST 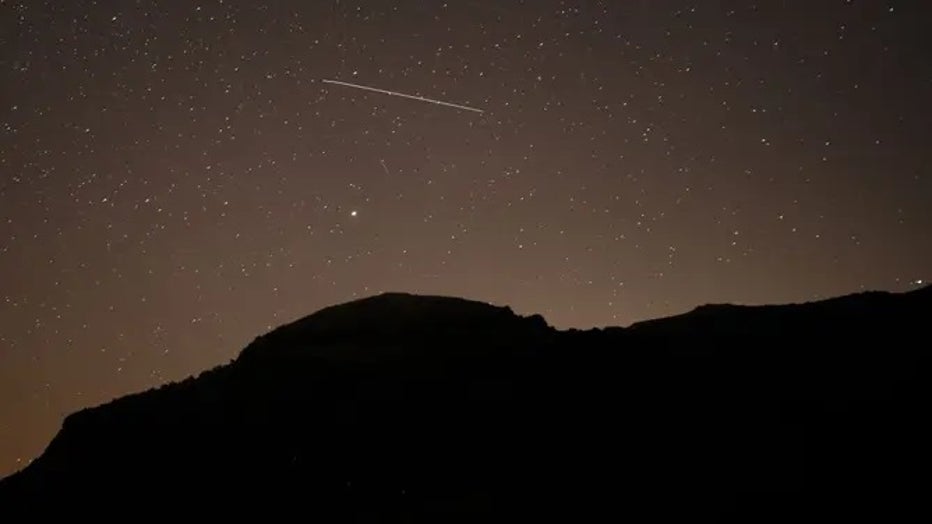 The discovery of new minerals does not happen very often, according to Herd. He noted that finding new minerals in meteorites, in particular, is even more rare.

Around 4,000 minerals are known to science, and they comprise all the rocks already on Earth. Of those minerals, only about 300 were discovered in meteorites, alien rocks that crashed on our planet.

WATCH THE MOMENT A FIREFALL SMASHES INTO EARTH'S ATMOSPHERE

So when the El Ali meteorite in Somalia turned out to house two previously unknown minerals, it was an exceptional moment.

"It really was a complete surprise for me," Herd said. "It's not something that we set out to do when we started looking at this particular meteorite. We just happened across what turned out to be two new minerals."

The minerals had only been produced synthetically through lab experiments in the 1980s, according to Herd.

After CalTech senior staff scientist and mineralogist Chi Ma analyzed the sample from the El Ali meteorite in 2022, however, the researchers could confirm that they came upon something never before seen in the natural world.

"It just shows that there are new things to discover all the time," Herd said.

The El Ali meteorite was discovered by prospectors from a Somalia-based mining company between 2019 and 2020.

Locals in Somalia reportedly have known about the meteorite for at least five to seven generations, making it decades or hundreds of years old, according to Herd. He noted that Somali camel herders knew the meteorite as a place where they could sharpen their knives.

The meteorite came from an asteroid in the Asteroid Belt between Mars and Jupiter, said Herd. Scientists are still determining when the meteorite crashed in Somalia. According to Herd, his colleague is working to find that answer.