Krueger died Saturday morning in his New Braunfels home with his wife Kathleen by his side after suffering from congestive heart failure, daughter Sarah Krueger said. Funeral arrangements were pending. 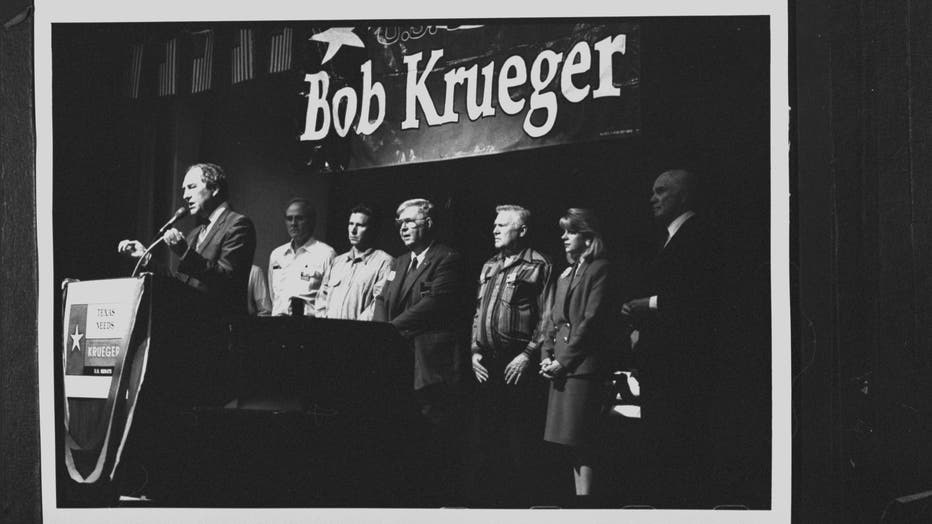 Even while pursuing that career, Krueger, a Democrat, ventured into politics in 1974 with his first election to the U.S. House. After two House terms, President Jimmy Carter appointed him as a U.S. ambassador at large and coordinator for Mexican affairs. He served in that capacity until the end of the Carter administration in 1981.

Krueger returned to elective politics when he won a seat on the Texas Railroad Commission in 1990. He served from January 1991 until Texas Gov. Ann Richards tapped him to complete Lloyd Bentsen’s unexpired U.S. Senate term in January 1993 when Bentsen left to become President Bill Clinton’s Treasury secretary. However, Krueger lost to Republican Kay Bailey Hutchison in a June 1993 special election.

Krueger returned to diplomacy when Clinton named him U.S. ambassador to Burundi in 1994. The eastern African country was embroiled in civil strife at the time. Krueger had to be airlifted when his convoy was attacked by unidentified gunmen in June 1995, killing one convoy member and injuring several others, and was recalled from the post for his safety.

Krueger was U.S. ambassador to Botswana in 1996-99 and a special U.S. representative to the 14-nation Southern African Development Community in 1998-2000. He then returned to academia as a visiting fellow at Merton College, Oxford, and continued his academic pursuits until his 2017 retirement from a lectureship position at Texas Tech University.