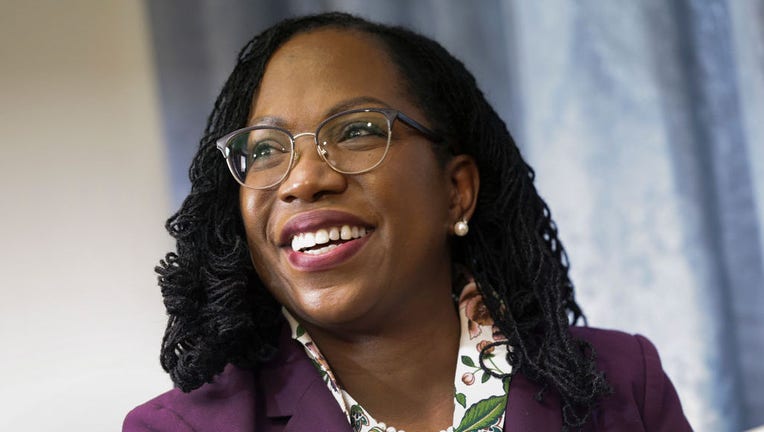 Jackson’s confirmation comes during a politically charged moment that has seen renewed scrutiny over the roles race and gender play in American society — themes that outlined some of the questions she faced during her nomination process. A Harvard-educated lawyer, she has over a decade of experience on federal benches and she has also sat on the U.S. Sentencing Commission and served as a public defender.

Cruz and Cornyn have acknowledged the historical nature of her nomination, but said her ideology could be harmful for the court and the country ahead of their votes against her.

The confirmation process took just over 40 days, from the moment President Joe Biden announced his pick to when the Senate voted to confirm. Both Cruz and Cornyn sit on the Senate Judiciary Committee, which held a multiday marathon hearing with one-to-one questioning of Jackson in March.

Cruz, who was classmates with Jackson at Harvard Law School, asked Jackson questions about whether she supported critical race theory — an academic discipline on race in society whose name some conservatives use as a buzzword for any discussion about race in classrooms — and criticized her record on child pornography crime sentencing in a heated moment during the hearing. Despite Cruz and other Republicans’ attempts to paint her as soft on crime, fact checkers and law experts across the country have said that her sentencing record is mainstream.

"If you look at her substantive record, it is far out of the mainstream," Cruz said Wednesday on the Senate floor. "It is an extreme record. If you look at her record, I believe it demonstrates that Judge Jackson — if she is confirmed — will be the single most liberal Supreme Court justice ever to serve on the Supreme Court."

Although the hearings are supposed to provide an opportunity for senators to substantively analyze a nominee’s understanding and perspectives on law, they have also become a way for senators to boost their image and name profile. Democrats on and off the committee accused Cruz — who has ambitions to run for president again — of performing for the cameras throughout his televised questioning.

Cornyn’s main critique of Jackson that led to his "no" vote stemmed from his concern that she would legislate from the bench. Pointing toward the idea that judges can create policy despite being unelected officials, he raised Supreme Court cases like the ones that constitutionalized abortion and same-sex marriage, but also cases like Plessy v. Ferguson, which established the segregation doctrine of "separate but equal" and was later overturned.

"My vote against Judge Jackson is not a rebuke of her legal knowledge, her experience or her character," Cornyn said. "She said she would not try to do Congress’ job making laws, but over the years … we’ve come to see a pattern of judges who embrace the concept of judge-made law."

More so than Cruz, Cornyn hinted at an openness throughout Jackson’s nomination, but the two Texas senators ultimately voted with their party leadership.

Cruz and Cornyn voted against her nomination to the U.S. Circuit Court of Appeals for the D.C. Circuit last June, when she was already seen as a contender for an opening on the Supreme Court to fulfill Biden’s campaign promise of nominating a Black woman. Cruz had previously called that promise "offensive."

Jackson’s confirmation was mostly shored up from the start. While some moderate Democrats — namely Kyrsten Sinema of Arizona and Joe Manchin of West Virginia — have broken with their party in the evenly divided 50-50 body on policy matters, they have not voted against any of Biden’s judicial nominees.

Throughout the process, Cornyn and Cruz also joined several of their colleagues in arguing that Jackson’s treatment sharply contrasted with how Justice Brett Kavanaugh — who faced a sexual harassment allegation that led to a politicized firestorm — was treated in 2018.

Democrats continually pressed for Republicans to support the nominee. In the end, three moderate Republican senators voted "yes" for Jackson: Susan Collins of Maine, Lisa Murkoski of Alaska and Mitt Romney of Utah. But even without Republican support, Democratic unity would have allowed Vice President Kamala Harris to cast a tie-breaking vote to confirm Jackson.

Even with Jackson’s position secured, the high court’s makeup will remain heavily favorable to conservatives with a 6-3 swing toward justices nominated by Republican presidents. Jackson will replace retiring Justice Stephen Breyer, a member of the court’s liberal wing for whom she completed a clerkship.

Jackson will take her seat on the bench as it is poised to hear several cases that could have sweeping effects on the nation in matters ranging from Native American affairs to race-based affirmative action to environmental law.

With Jackson on the court, the U.S. Supreme Court will not have a majority of white men for the first time since it started evaluating American law more than 200 years ago.