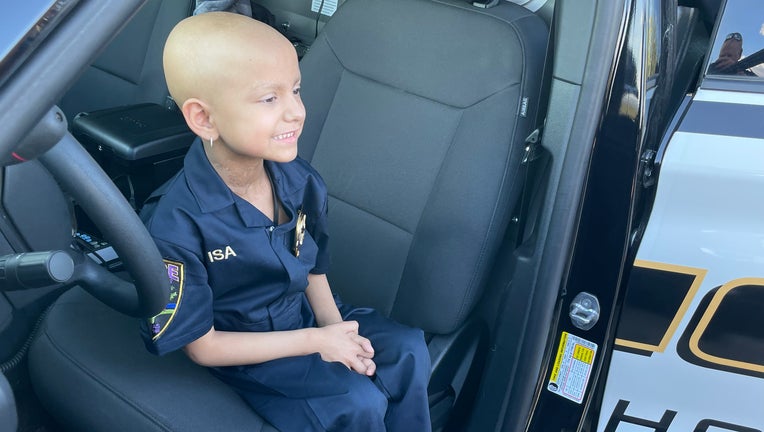 Isabella was sworn in as a member of the Granite Shoals Police Department during a city council meeting earlier this week before she was due to begin a seventh round of chemotherapy. She received a real GSPD custom-made badge with her name and a purple ribbon in the middle.

Isabella is in the midst of her second battle with neuroblastoma, a cancer that starts in certain very early forms of nerve cells and occurs most often in infants and young children, according to the American Cancer Society. 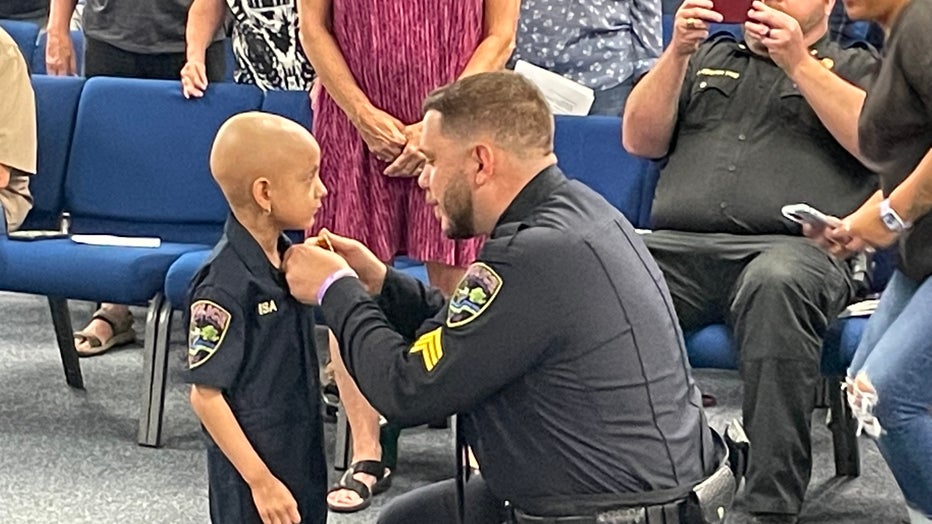 GSPD Sgt Allen Miley met Isabella near the end of 2020 when he and other officers with the department drove by her home on her birthday as she was ending her first battle with neuroblastoma, says GSPD. In addition to the drive-by, the Granite Shoals Police Officer's Association did a brisket sale fundraiser to help with expenses for the family traveling and staying with her during her treatment.

About a year later, the cancer came back and this time it is considered high-risk. Isabella has gone through six rounds of chemotherapy, says GSPD, and began the seventh round and her second stem cell transplant on Tuesday. The sixth and seventh rounds consist of 30 days straight in the hospital for young Isabella.

The GSPOA and others in the area have donated to help with the family's travel expenses while Isabella is in treatment in Fort Worth, says GSPD. Those also wishing to help can donate to a GoFundMe benefiting her family.

Her family has also been documenting Isabella's fight with neuroblastoma on the Isa's Fight Facebook page.