AUSTIN, Texas - The state of Texas will be receiving over $500 million as part of the Biden-Harris administration's new Lead Pipe and Paint Action plan, says the Environmental Protection Agency (EPA).

The EPA has $15 billion funded for lead service lines, but has allocated $2.9 billion to replace lead pipes and remediate lead paint in homes in 2022 in support of the plan to accelerate investments to replace all lead pipes in the U.S. within the next decade.

The EPA is calling on states to prioritize disadvantaged communities, those with the highest lead levels and those with environmental justice concerns. The total amount allotted to Texas for this project is $507,672,000 and $221,567,000 set aside for lead line replacement alone.

Up to 10 million American homes and 400,000 schools and child care facilities are served with a lead service line or pipes. Approximately 24 million housing units have lead-based paint hazards, of which four million of these are home to children. More than half of children in the U.S. are at risk of lead exposure, according to the CDC.

The EPA and CDC, along with countless experts, agree that there is no known safe level of lead in a child's blood.

Distribution of the impacts of lead pipes and paint is uneven, says the EPA, with low-income and communities of color being disproportionately exposed to lead-contaminated water. Non-Hispanic black people are more than twice as likely as non-Hispanic white people to live in moderately or severely substandard housing where the risks of deteriorating lead-based paint are higher.

The Lead Pipe and Paint Action Plan aims to leverage every tool across federal, state, and local government to remediate lead paint and deliver clean drinking water by replacing lead pipes, says the White House. Over 15 new actions from more than 10 federal agencies are included in the plan to ensure the federal government is utilizing every resource to make rapid progress. 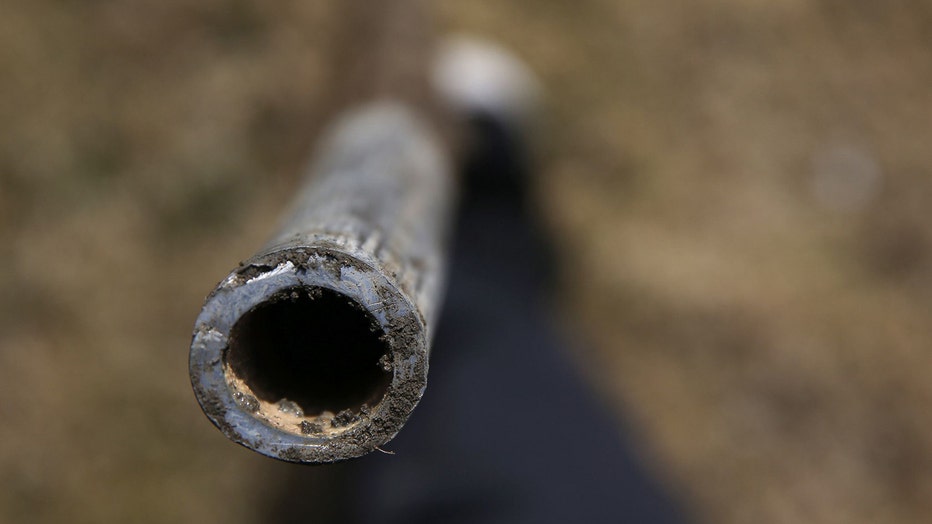 The state of Texas will be receiving over $500 million as part of the Biden-Harris administration's new Lead Pipe and Paint Action plan, says the Environmental Protection Agency (EPA). (Abel Uribe/Chicago Tribune/Tribune News Service via Getty Images)

The U.S. Treasury is clarifying that the $350 billion State and Local Fiscal Recovery Fund provided in the American Rescue Plan can be used for lead service line, faucet and fixture replacements. States, localities, and Tribes are all able to utilize these funds for replacement of lead pipes, faucets and fixtures in schools and child care centers.

In addition to the State and Local Fiscal Recovery Fund, direct funding from the Bipartisan Infrastructure Law for lead service line replacements at EPA through the Drinking Water State Revolving Fund (SRF) totals to $15 billion. SRF funding also has an additional $11.7 billion eligible to be used for service replacements.

The administration's Build Back Better Act has approximately $85 million to be used for lead remediation in disadvantaged communities, removing of lead pipes, funding for public housing agencies, housing preservation and more, says the White House.

The Department of Housing and Urban Development also awarded nearly $13.2 million to state and local governments through its Lead Base Paint Hazard Reduction program.