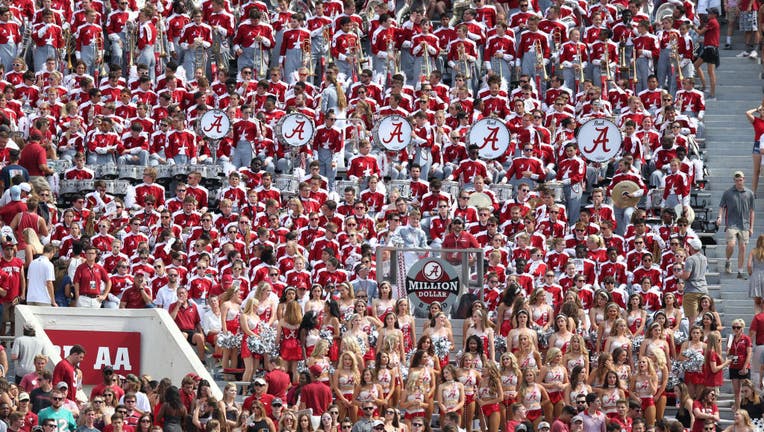 AUSTIN, Texas - The University of Alabama marching band will not be present in the matchup against the Texas Longhorns on Sept. 10.

"Due to the seating location and configuration of the visiting institution’s ticket allotment at Darrell K Royal-Texas Memorial Stadium, the Million Dollar Band will not make the trip this weekend for the Alabama at Texas football game," UA Athletics said.

Texas Longhorns face off against Alabama Saturday, Sept. 10 at 11 a.m.

The game has been sold out since mid-June and now its almost time for those two teams to strap it up.

The Horns will be heavy underdogs in this game.

Texas and Alabama face off Saturday, Sept. 10 at 11 a.m. at Royal-Memorial Stadium.