The Longhorns (10-1) pulled away with a 15-0 push spanning more than five minutes, bridging the first and second halves.

Morris, a reserve whose previous best was 11 points, connected with 9 of 11 shots and made five 3-point baskets against Louisiana-Lafayette. Texas converted 12 of 22 3-pointers.

"He’s been working really hard over the last two weeks, and I’m glad to see he was able to reap some of that," acting coach Rodney Terry said. 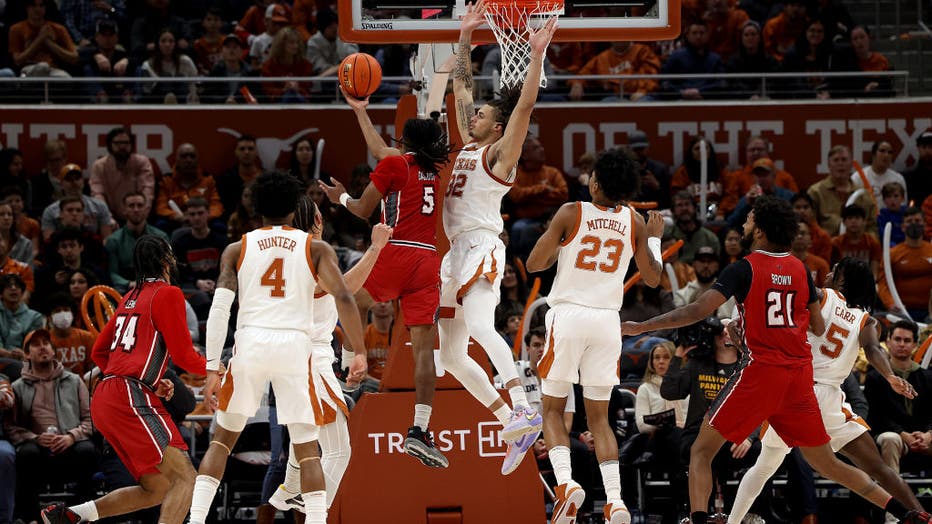 Timmy Allen and Marcus Carr scored 17 apiece for the Longhorns, whose 100 points were a season-high and their most since a 105-59 victory against Northwestern State on Nov. 10, 2017. Reserve Christian Bishop produced 10 points and eight rebounds in 20 minutes.

Texas is undefeated under Terry since Dec. 12, when Beard was suspended indefinitely without pay after his arrest on a felony family violence charge. Beard does not have a court appearance scheduled until mid-January.

The university elevated Terry to acting head coach and have declined to comment on Beard’s case since.

Texas officials are allowing only Terry to speak on behalf of the team. Players were not made available for postgame interviews.

Terry said he did not have an update on how long he would serve as acting coach. Asked if he is trying to put his stamp on the team, Terry said, "It’s not about me; it’s about our players."

Terry had the Longhorns ready to defend Louisiana-Lafayette behind the 3-point line, a team strength. The Ragin’ Cajuns began the night averaging 8.5 3-point baskets a game with 41% accuracy, ninth-best in the country. They hit just 6 of 19 (31.6%) against Texas.

Terry said the Longhorns did credible work of swarming Brown inside while also defending the perimeter.

"I thought we did a great job of running guys off the line," Terry said.

Louisiana-Lafayette: The Ragin’ Cajuns, picked to win the Sun Belt Conference by the league’s head coaches, compiled a 10-1 record before Monday without having played a Top 25 team. The game against Texas was a step up, and they had difficulty defending the Longhorns, who shot a season-best 58% and had assists on 23 of 36 baskets.

Texas: The Longhorns are deficient at shooting 3-pointers. Their 30.6% accuracy is well below the national average of 34.2%, but sometimes they heat up. Texas hit 8 of 21 (38%) against Stanford on Sunday before hitting Louisiana-Lafayette with a barrage.

"They shot the cover off the ball," Marlin said. "Better than we thought they would."

Texas forward Dylan Disu suffered a left knee injury late in the first half while playing defense and missed the remainder to the game. Terry said he did not have a status update, adding "we’ll have more tomorrow."

Disu had season-ending surgery on the same knee while playing for Vanderbilt in 2020-21.