According to Uber policy, "Uber prohibits riders and their guests, as well as driver and delivery people, from carrying firearms of any kind while using the app."

AUSTIN, Texas - It started out as a typical weekday for Shakia Shoels.

"It was Thursday morning and I ordered an Uber to take me and my children to school," she said.

Shoels’ car was being borrowed so she and her kids caught a ride to campus. Then it was time to head back to her home with the same Uber driver.

"He was a bit frustrated because of the traffic, the GPS was kind throwing him every which way, I was telling him directions, we turned around a couple of times and we ended up here," she said.

"Here" was the parking lot of Callahan’s General Store off Highway 183.

According to the arrest affidavit, the driver stopped the car and pointed a gun at her. He swore at her and told her to get out of his car. At first, she said "no" but then got out when he told her to again.

Shoels has a license to carry, and had a gun in her purse, but says at that point she thought it’d be a bad idea to pull it out.

She got out of the car and called police.

The driver, Frederick Roy Clark, was found and questioned by police, and a gun was on him at the time.

According to the affidavit, Clark claimed Shoels appeared agitated and rushed, and was cursing during the ride. Shoels denied that.

In the affidavit, Clark also implied he’s had to kick people out before, saying that he’s told unruly passengers, "If I have to pull over, you’re going to have a walk of shame moment because you don’t know how to conduct yourself."

Clark has been charged with aggravated assault with a deadly weapon. 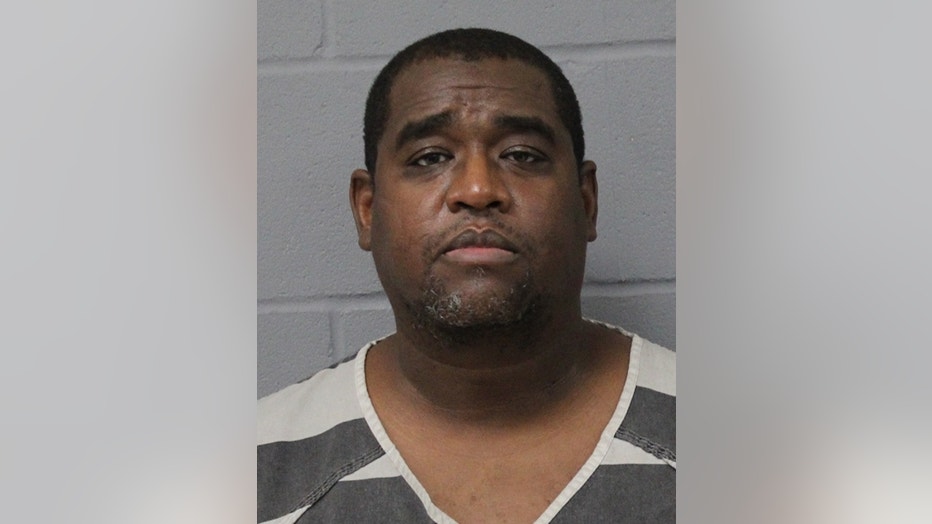 Frederick Roy Clark, 50, was arrested for aggravated assault with a deadly weapon.

"This is more so about Uber at this time," said Shoels. "For a situation like that to even have the opportunity to happen is totally unacceptable."

According to Uber policy, "Uber prohibits riders and their guests, as well as driver and delivery people, from carrying firearms of any kind while using the app." There is an exception if a firearm is unloaded and locked in a container in the trunk of the vehicle.