Through interviewing witnesses, detectives say the man's death appears to be the aftermath of a road rage incident between him and another driver.

AUSTIN, Texas - A man has been arrested in connection with a fatal "road rage" shooting in Northeast Austin in September.

21-year-old Xzaver Griffin was arrested this week and charged with first-degree murder for the Sept. 14 death of 39-year-old Arlen Brandon Sanchez. He was booked into the Travis County Jail and as of Dec. 3, the bond was pending. 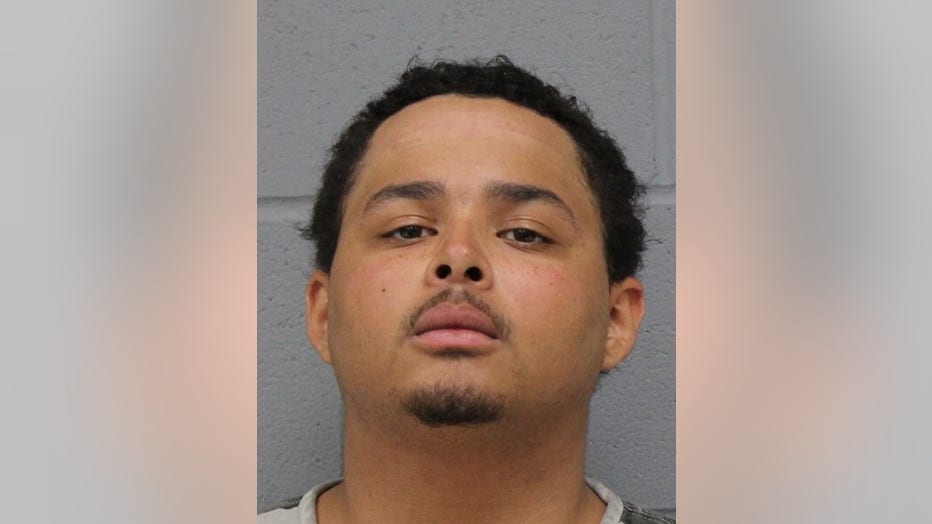 The Austin Police Department (APD) says that on the morning of Sept. 14, Austin 911 received a call about a possible drive-by shooting at the intersection of Cameron Road and Rutherford Lane. An older model Cadillac had crashed into a utility pole after the shooting.

Officers responded and found the Cadillac, whose driver, later identified as Sanchez, had sustained a gunshot wound. ATCEMS transported him to Dell Seton Medical Center at the University of Texas where he was pronounced dead shortly after 10 a.m.

Witnesses gave information to investigators that the shooting appeared to be a "road rage" incident between the Cadillac and a dark gray, newer model Audi, driven by a man described as a Black man with short hair.

The Austin Police Department says it is investigating a suspicious death in Northeast Austin. The incident happened in the 1500 block of Rutherford Lane near Cameron Road.

Detectives are asking anyone with information or video of the incident to call APD Homicide at 512-974-TIPS, email homicide.apd@austintexas.gov, utilize the Crime Stoppers tip line at 512-472-8477 (TIPS), or the Crime Stoppers app. You may remain anonymous. You can also submit tips by downloading APD’s mobile app, Austin PD, free on iPhone and Android. Information leading to an arrest may be eligible for a reward of up to $1,000.