AUSTIN, Texas - The 100 Club of Central Texas has activated the Critically Injured Fund after a Mustang Ridge police officer was involved in a crash on I-35 in Austin.

Officer Jason Payne was riding on his department-issued motorcycle while escorting a funeral procession when the collision occurred, according to Mustang Ridge Police Chief Leonard Cantu. His injuries are not life-threatening.

As of noon Friday, the Club had raised more than $1,900. Director Grahame Jones delivered the check to Payne’s family at Dell Seton Medical Center that afternoon. "It means that we know that people care," Jones said. 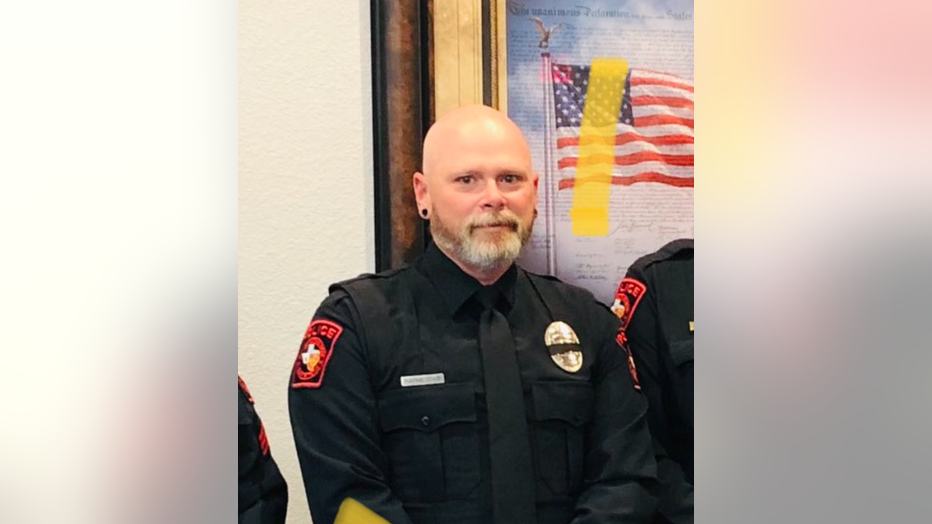 The crash happened at around 11:05 a.m. in the 1800 block of northbound I-35 around Martin Luther King Jr. Boulevard near the University of Texas at Austin campus.

"Mustang Ridge Police Officer Jason Payne was involved in a car accident earlier today while escorting a funeral procession. Officer Payne was riding on his motorcycle when this occurred," Cantu said on Twitter Thursday. "Please keep him & family in your prayers. He is currently in surgery. Thank You Chief Cantu"

This incident marks the second time this year the Club has activated the Critically Injured Fund. The Club had previously provided support to the family of Bastrop County Sheriff’s Deputy Sawyer Wilson when he was shot by a suspect while attempting to make an arrest.

The Club says all donations to the Critically Injured Funds will be used to support the Payne family and the families of other first responders who have been critically injured in the line of duty serving our communities.