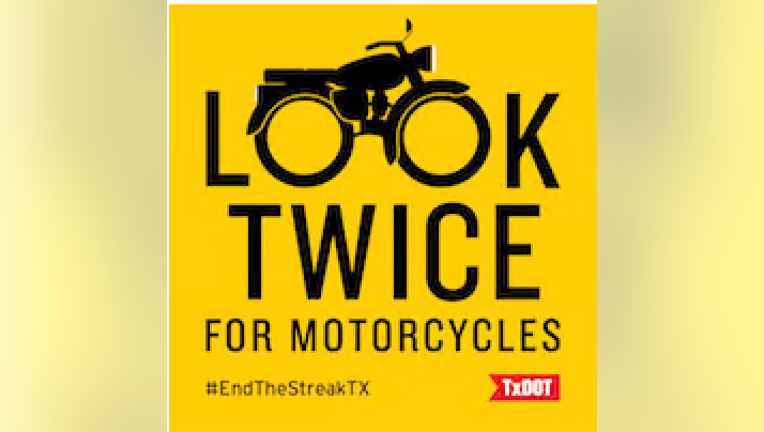 AUSTIN, Texas - Beginning this week, the Texas Department of Transportation is launching its “Share the Road: Look Twice for Motorcycles” campaign, which aims to alert drivers to the risks that motorcyclists face on the road.

“Share the Road: Look Twice for Motorcycles” suggests safety precautions motorists can take to protect both motorcyclists and themselves, urging motorists to look twice for motorcycles, especially at intersections, where TxDOT says motorcycle collisions most commonly occur.

TxDOT tips for safely sharing the road with motorcycles:

TxDOT says that on average, one motorcyclist dies in a crash on Texas roads every day.

RELATED: Leak from tanker contained on FM 1626 in Kyle

"The combination of congested roadways, distracted driving, and the difficulty of seeing motorcycles in traffic has led to many preventable fatalities each year," TxDOT stated on their website.

In 2019, 412 riders lost their lives and 1,812 were seriously injured in crashes. More than half of fatal motorcycle crashes result from collisions with other vehicles.